Why Hawaii Schools Are Doubling Down On Vocational Training 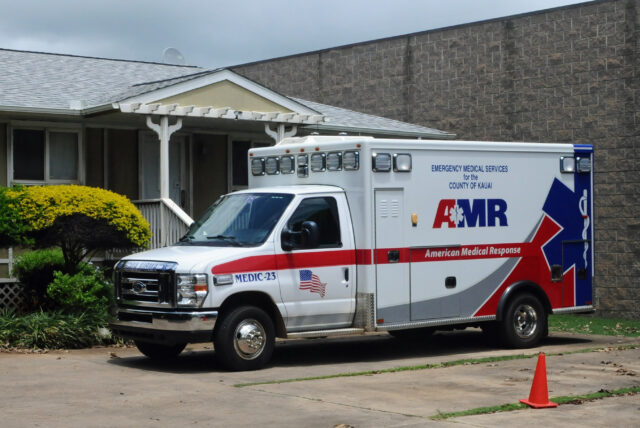 When Mahina Anguay took over the principal position at Waimea High School on Kauai in 2013, she knew she needed to do something to help students and boost the local economy.

Enrollment at the school had declined a whopping 31% in the prior decade as sugar plantations closed and families moved in search of jobs. The area — like most of the island — is almost entirely dependent on tourism. Nearly 60% of the 669 students at the school come from low-income families.

Anguay found the inspiration she was looking for during an education conference in Nashville, Tennessee, that showcased how schools can implement career academies to help students figure out what their passions are, learn critical life skills and graduate with real-life job training. The schools had flexible schedules, exciting workshops and were making an impact with students from all socioeconomic backgrounds.

“I was like, holy smokes. We can do this,” Anguay recalled. “We should do this.”

Waimea is now what’s known as a “wall-to-wall” academy school, where every student is expected to enroll in a career or college-focused academy in order to graduate. The school relies heavily on community support for its programs. Local firefighters help teach first aid and CPR in the school’s EMS program; a parent who works at the nearby military base helps students studying cyber security.

“Whatever comes out of our school is really what’s going to drive and revive and sustain our community,” Anguay said. “I hope we build an army of entrepreneurs.”

Vocational training has been part of public education in Hawaii for decades, but it’s often been in the form of one-off elective classes that students can sign up for in lieu of, say, art or a foreign language class. Now, a growing number of schools in the state are putting a new emphasis on what the Department of Education refers to more broadly as “career technical education.”

Roughly 40% of high schools in the state now have career-focused academies. Some are opting to organize their entire school into smaller academies or schools within a school.

The growth of CTE and academy schools is part of a big shift in education in Hawaii as school administrators increasingly grapple with how to best prepare students to enter the workforce in a state overly reliant on tourism and saddled with a staggeringly high cost of living.

“We want our students to be able to work,” newly appointed state Superintendent Keith Hayashi said. “And stay in Hawaii with a living wage job.”

Education advocates say now is the perfect time to rethink how the state prepares students for jobs outside of tourism.

The DOE is working on a new strategic plan, the state Board of Education has a new chair, a new governor will soon be in office and the turmoil of the coronavirus pandemic is providing plenty of motivation to push for new economic pillars, said David Sun-Miyashiro, executive director of the nonprofit HawaiiKidsCan.

“It doesn’t only happen in the K-12 system, but a lot of it will,” Sun-Miyashiro said. “I think that’s why this is such an advantageous time to think about … are there ways that we can better future-proof this state through a focus on other career opportunities?”

The Department of Education is in the midst of revamping and significantly expanding its career pathway programs from six to 13, in part to create better course standards, but also to keep up with what other states are doing to create not just individual classes but a clear path for students interested in a particular career to follow starting as early as middle school.

“What we were offering didn’t really support that,” said Troy Sueoka, the DOE’s CTE educational officer.

To figure out what career pathways to add, the DOE examined state plans for sustainability and emerging industries, looking at gender gaps in certain industries and working to figure out what it needed to do to support different student populations in the state. The department started that process in 2020.

The push to implement more career-focused programs and create small academies within larger schools will also likely receive a big boost under Hayashi, who is seen as a trailblazer for his work implementing an academy model while principal of Waipahu High School.

As principal, he led staff in a lengthy process of reimagining what the school should be and what it was offering students.

Part of what Hayashi and other leaders in the department talk about is a shift in rethinking who their “client” is. It’s a shift that happened at Waipahu during the transition to an academy model, but it’s also filtered to other schools moving to a similar program.

At first, the conversation was about the student as their client, Hayashi said. What do students want? Their diploma. But then as teachers and administrators began to talk through what kind of a school they wanted in Waipahu, the “client” they had in mind shifted from being students to being employers in the community.

“Originally it was a focus on credits. Getting the kids the credit to graduate. That shifted to, ‘What kind of opportunities or learning experiences do we need to provide for students so that they’re ready to enter the workforce?’” Hayashi said.

The result at Waipahu has been a big shift in student and community expectations, Hayashi said.

Hayashi says he’s definitely not looking to recreate the Waipahu High School model across the state.

But he does want to encourage school communities to have meaningful conversations about what they can be doing to prepare students to enter the workforce — be that directly with the skills they learned in high school or after continuing on to college or trade school.

One big question is how schools will track and measure whether the shift in public education is truly having an impact on the local economy and the lives of public school graduates.

Other advocates are concerned about whether the increased emphasis on career education will reduce the number of students taking arts and English and music electives. While others want there to be a clearer conversation about what the end goals are of these CTE academy programs.

Sun-Miyashiro would like to see the DOE do a more formal audit of its career programs to see what inequities might exist and whether the programs are setting up all kids for success. Are there differences in who is enrolling in a science or math-based career program versus a culinary arts program?

“What are the demographics of the students? What are the kind of outcomes that we can expect in the different kinds of programs?” Sun-Miyashiro asked.

At Waimea, Anguay and her staff worked with consultants to figure out what highly skilled jobs were well-paying and in high demand. They also looked at state forecasts for job growth, then tried to figure out which career pathways existing staff would be able to accommodate. The school has programs in construction, health, engineering, graphics and web design, among others. Some students take early college classes and graduate from high school with a certificate from the university for public health.

They’ve had to streamline some of their offerings since moving to a wall-to-wall academy model a few years ago. The programs are aided by a lot of community support, but they are still figuring out how to partner with more businesses in the area.

“The past has always been like, you know, ‘school is school’ and ‘work is work.’ And this idea that we can meld the two together and it can be fluid,” Anguay said. “It’s a work in progress.”

Civil Beat’s education reporting is supported by a grant from Chamberlin Family Philanthropy.

Sign up for our FREE morning newsletter and face each day more informed.